Recently, the terms "energy efficiency" and "energy saving" often sound both at international conventions and at the kitchen table. These so popular and exciting words are not synonyms. Although both energy efficiency and energy conservation ultimately involve reducing the amount of energy used, the tools to achieve the goal are different.

Energy conservation is a set of legal, organizational, scientific, industrial, technical and economic measures aimed at economical use of energy resources. Examples of successful energy saving are the use of renewable energy sources and seasonal change of clocks.

Energy efficiency or "the fifth type of fuel" is a term that implies a more efficient and complete use of energy by involving the most modern technological and scientific achievements. One of the main tasks of energy efficiency is to provide the consumer with the usual goods (comfortable houses, fast and convenient means of transport) with rational energy consumption. Examples of energy-efficient solutions can be the introduction of all kinds of sensors: movement, CO 2 level , illumination, humidity or heat, the use of which in home, office and industrial premises allows rational use of energy resources for lighting, heating and ventilation of premises.

Technologies that are both energy-efficient and energy-saving are of particular value. Water softening technology is one of these. Let's consider why this happens on the example of using softened water in everyday life.

Household water, in addition to drinking, is used for washing and washing dishes, cleaning, taking a shower, and heating houses. According to the requirements for drinking water ( SanPyN 2.2.4-171-10 . STATE SANITARY STANDARDS AND RULES "Hygienic requirements for drinking water intended for human consumption"), its hardness should not exceed 7 mg-eq/l. Such water, indeed, does not pose a threat to human health, but is it good for other household needs? The answer is known: "No." Everyone knows that water needs to be softened, but not everyone knows why.

A survey conducted by the WQA organization showed that the main reasons for the purchase of water softeners by consumers are the prevention of the formation of rusty stains on sanitary ware, carbonate deposits in pipes and on heating devices, and reducing the costs of cleaning and detergents. And only thirty percent of consumers install water softeners to save energy (Fig. 1). 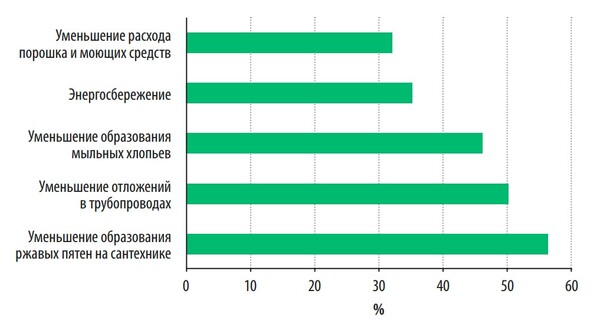 Fig. 1. The main reasons for which consumers install water softeners

Independent studies conducted by the WaterQualityAssociation (WQA) and Scientific Service, USA, have reliably shown that the use of softened water allows consumers to significantly reduce their costs, primarily by saving energy when heating water.

WHAT WATER TO HEAT

As you know, the hardness of water is caused by calcium and magnesium salts dissolved in it. When heated, these salts partially precipitate, thereby causing the formation of scale on heat-conducting surfaces. The formed scale deposits impair the heat transfer of the heating surfaces, which leads to overheating of the boiler walls and a reduction in its service life. In addition, scale deposits cause additional heat loss. It is customary to believe that the most energy is spent on heating the home with the help of water boilers. How to increase the energy efficiency of this process? 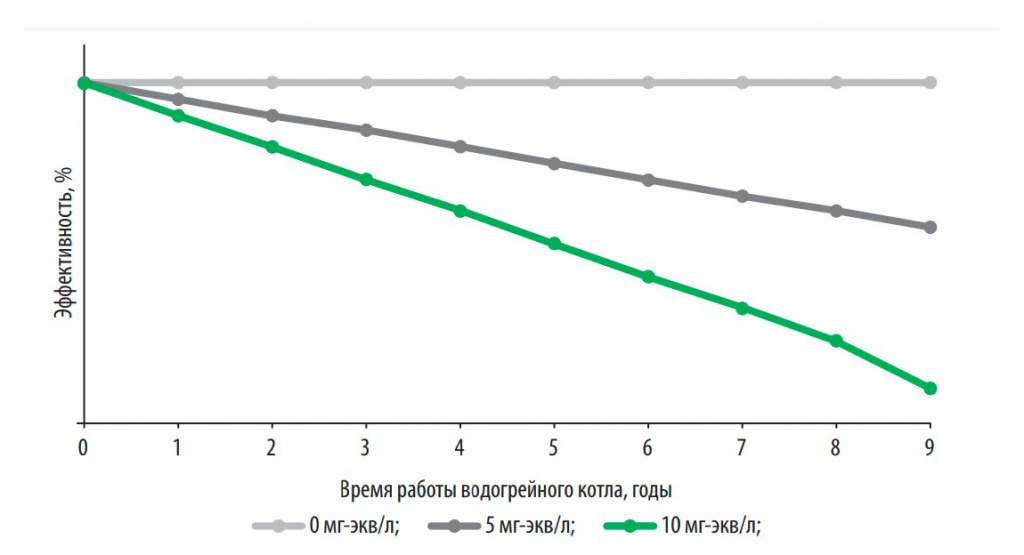 Fig. 2. The effect of hardness on the efficiency of the water heating boiler when using 170 liters of hot water per day 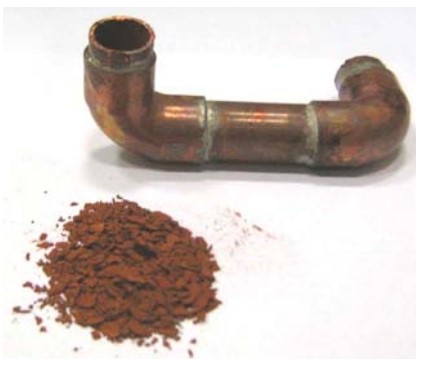 Fig. 3. Scale deposits in the pipes of the water heating boiler

It was established that an increase in the total hardness of water by every 2 mg-eq/l leads to the formation of up to 200 g of scale in domestic water-heating boilers per year, and work on hard water (> 10 mg-eq/l) - to a decrease in their efficiency on average by 20% (Fig. 2, Table 1).

The formed scale deposits lead to the clogging of the pipes that supply the consumer with hot water and, accordingly, are one of the main reasons for the failure of water heating boilers (Fig. 3)

In fig. 4 presents data on the cost of electricity and maintenance for storage and flow boilers for the entire period of their operation (15 years) when using softened and hard water (hardness varied from 2 to 10 mg-eq/l).

Fig. 4. Electricity costs during operation (15 years) for gas direct-flow (a) and storage (b) boilers when using softened and hard water

It is obvious that the energy consumption (characterized by electricity costs, USD) of water heating boilers operating on softened water is lower than that operating on hard water, even if this hardness is only 2 mg-eq/l. The increase in electricity consumption with increasing water hardness is more noticeable for instantaneous water heating than storage boilers, which is primarily due to the need for regular cleaning of the latter from sediment formation. This procedure is not cheap and can, depending on the hardness of the water, reach 200 USD.

Table 3. Description of the study of the effect of water hardness on the effectiveness of stain removal

The given data show that the use of softened water not only allows you to reduce the consumption of electricity for heating water, but also to extend the service life of water heating boilers and reduce the cost of their maintenance.

IN WHICH WATER TO WASH AND WASH

Ions, which determine the hardness of water, cause many different problems during washing. One of them is that dirt particles interact with calcium and magnesium salts and form poorly soluble and poorly soluble compounds. They are what make clothes rough and unpleasant to the touch when washed in hard water. The other is related to the fact that surface-active substances introduced into detergents specifically for dissolving and removing dirt and stains also interact with calcium and magnesium salts to form poorly soluble compounds, which reduces the effectiveness of their action. It is well known that the effectiveness of washing depends on the temperature of the water - the hotter, the better. This is closely related to the processes described above — the solubility of the compounds formed increases with increasing temperature. So, when washing in hard water, it is necessary to increase the amount of powder used and the temperature of the water. And if you soften the water? 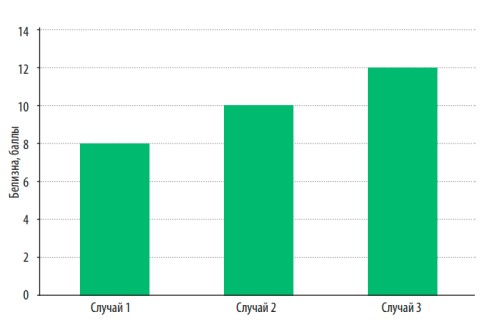 Fig. 5. Dependence of the linen of clothes on washing conditions

In table 3 and fig. 5 presents the results of the study of the influence of water hardness on washing efficiency.

In fig. 6 presents the dependence of the efficiency of stain removal of various nature on washing conditions. The use of softened water allows you to increase the effectiveness of stain removal in most cases by one and a half to two times, while the consumption of washing powder and electricity consumption is reduced by half, since washing should be done at a lower water temperature.

Fig. 6. Dependence of the effectiveness of stain removal of various nature on washing conditions

However, as can be seen from the figure, the effectiveness of stain removal depends not only on the conditions of the washing process, but also on the nature of the stains themselves. So, for example, stains from blood or chocolate wash off two to three times better with softened water, even at lower temperatures than with hard water. At the same time, water hardness has a less significant effect on the effectiveness of removing stains from fresh grass or red wine (due to the nature of the dye and the presence of tannins).

In addition to reducing the consumption of detergents and energy carriers, the use of softened water allows you to extend the service life of household appliances. Fig. 7 presents photos of the washing machine after operation on softened water (a) and water with a hardness of 10 mg-eq/l (b).

Fig. 7. Appearance of the drum of the washing machine after thirty days of use in softened (a) and hard (b) water

It is worth noting that not only washing machines are prone to the harmful effects of water with high hardness. It is no less harmful for dishwashers (Fig. 8).

Fig. 8. The influence of hard water (10 mg-eq/l) on the efficiency of washing dishes and the condition of household appliances

The given data make it possible to conclude that the use of softened water for washing and dishwashing allows to reduce costs not only for detergents and electricity, but also for the purchase of new household appliances, instead of the one that has failed.

Summing up, I would like to emphasize that water softening is a technology that simultaneously guarantees energy efficiency and energy saving. On the one hand, the use of softened water in everyday life allows you to reduce both the consumption of electricity consumed by household appliances and detergents for washing and cleaning - an energy-saving component. On the other hand, it allows you to minimize expenses for all the usual goods that make our lives comfortable (washing machines and dishwashers, water boilers, etc.) — an energy-efficient component.